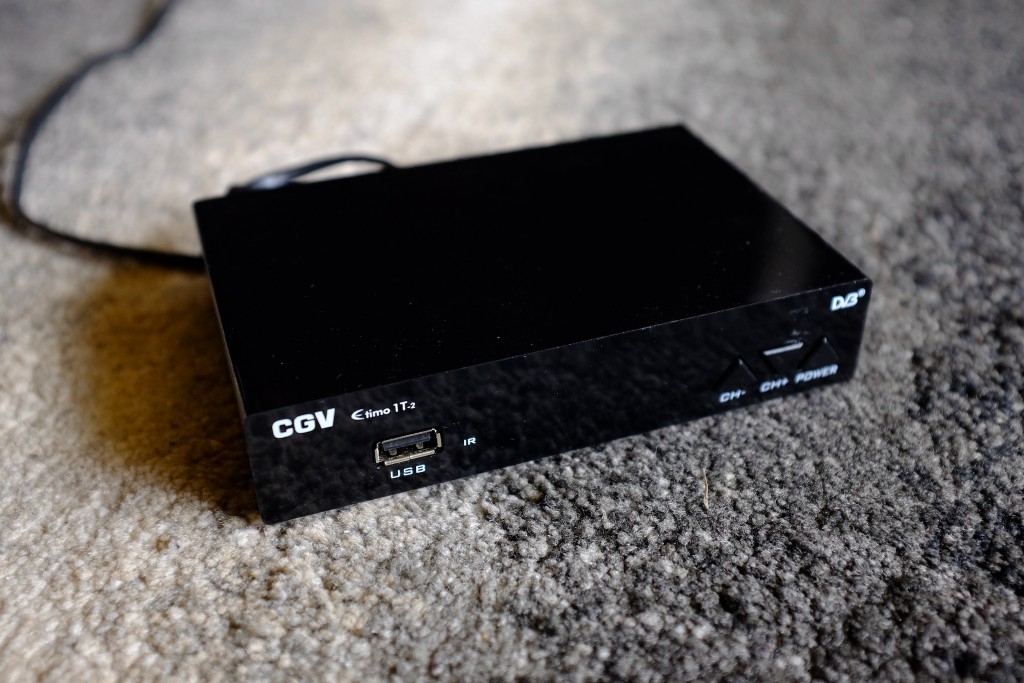 Disclaimer / spoiler: this post involves opening a high-voltage device. As always, it’s for informative purpose only and I waive all liability if you attempt to reproduce or imitate what I describe and pull out a Blanka special move, so do it at your own risks.

Be smart and safe, unplug your device long enough before opening it, leave time for caps to discharge, keep an eye on the fixed device for any sign of problem. Never leave a fixed device plugged and unattended, especially if you go out or sleep.

For once, there was something on TV that was worth watching and that’s obviously when my TV decoder started to fail. No surprise, the CGV Etimo 1T-2 is a Chinese piece of crap, but it allows me to keep my 11 years old HD-ready TV. Here are the symptoms: it turns on and seems to work fine for 5 seconds, then turns off and restarts, and so on. I can’t imagine it to be a firmware problem, first because those are never updated on such low cost devices, but mainly because it does seem to start. So I tend to blame power supply stability instead, which would likely be an easy fix. 230 V being sent directly inside the case, it’s time to crack it open before the movie starts.

4 screws and 2769 plastic clips later, board is exposed. Starting from the power cable, down to the power supply part… no surprise, I find an electrochemical capacitor on the verge of popping. 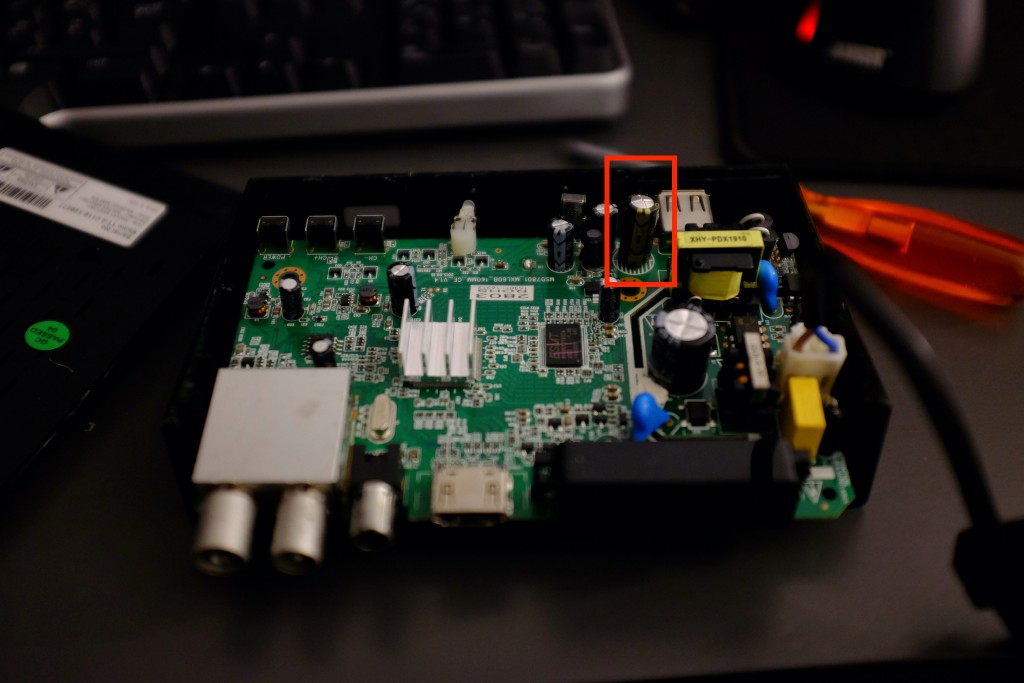 I’m quite lucky, it’s a 1000 uF 16 V and I happen to have leftovers of equivalents (1000 uF 25 V) from a previous guitar amp repair. Being a 25 V it’s slightly taller, but it’s no big deal since there’s enough room to bend the legs and place it horizontally. It’s kind of gross but that’ll do. 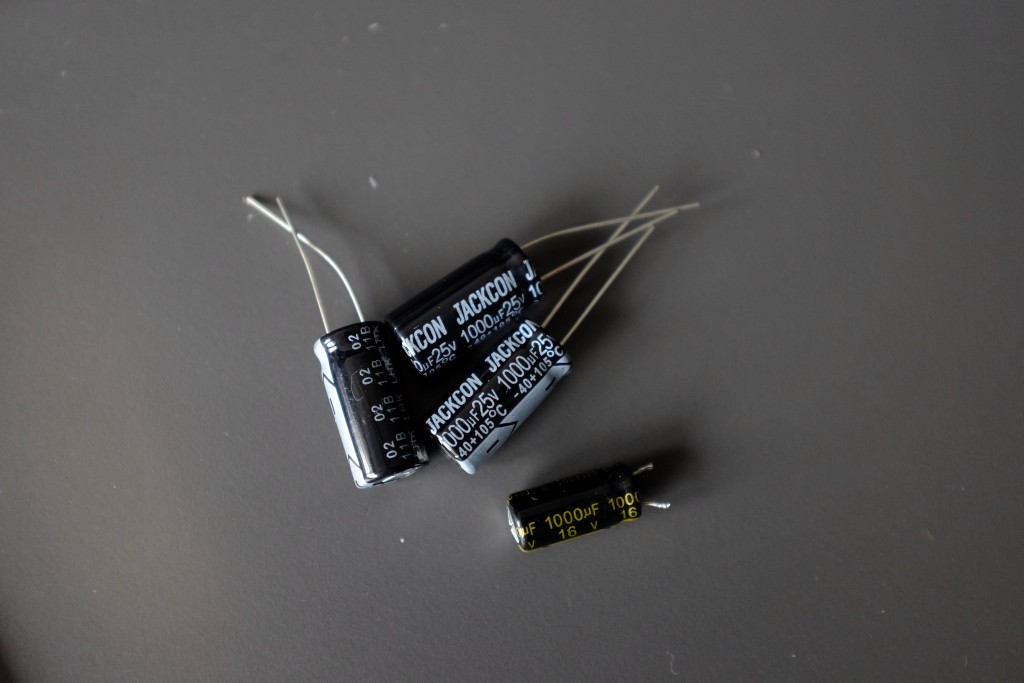 Dead cap and its potential replacements

Removing the old one, soldering the new one in place… Putting everything back together, plugging it with a little prayer: the decoder starts and stays on, not rebooting anymore. I only missed 30 minutes of the Hobbit, saved 40 bucks for a new decoder, and most importantly, there’s one less e-waste device in a landfill. 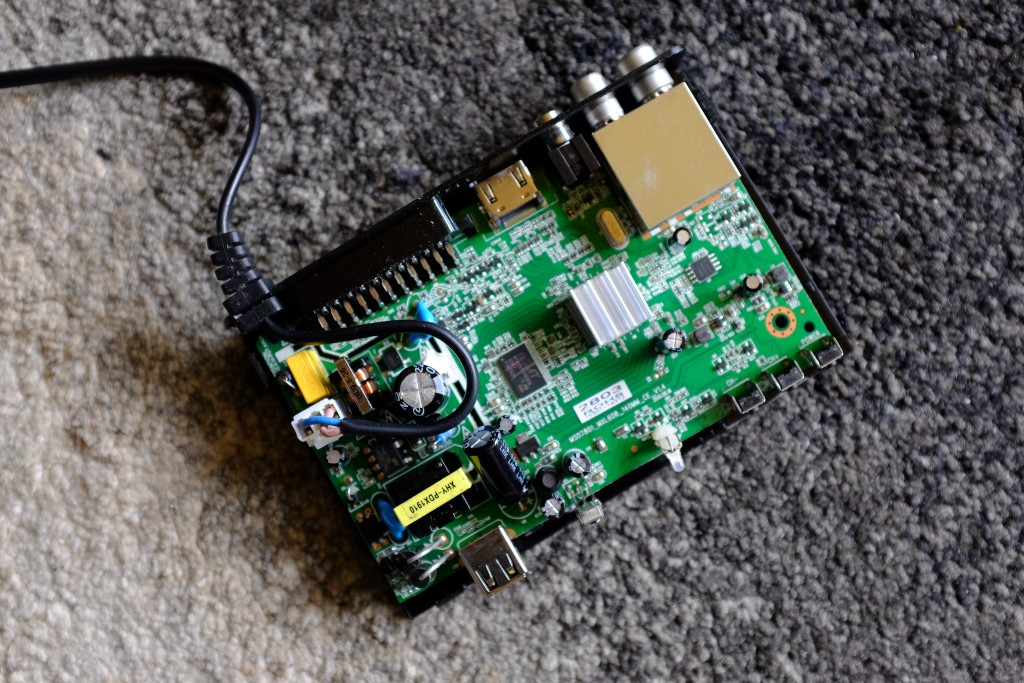